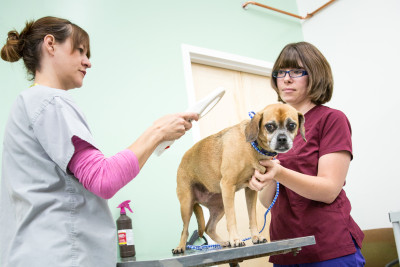 When I started working in animal welfare, one of the things I was the most surprised about was the amount of misunderstanding and misinformation about what pet microchips are, how they work, and how they aren’t a long con on the part of the One-World Conspiracy to track our movements by using our pets against us.

Some of the confusion is understandable. The way we use the word “microchip” is often to refer to computers and phones and devices that we think of as having immense technological power. But the term microchip just refers to any integrated circuit packaged on a semiconductor material (often silicon), which means that literally every single electronic device we use has some sort of microchip in it, from a clock radio to a Dell 2-in-1 tablet with detachable keyboard (sorry, I’ve been shopping for computers recently).

When people object to microchipping their pet, it’s usually for a couple of reasons:

I have nothing to say about the third one, as that’s an issue too fraught with peril to address, and anyway, PRCKC isn’t in the business of arguing against other people’s religious beliefs.

But pet microchips are important. They’re practical. And most importantly, the first thing any reasonable clinic or rescue will do when they find an animal is scan it for a chip. If there’s a chip, and the owner’s info is current, they can get that pet back to the owner lickety-split. If not, well, it’s going to take a lot longer at the very least, and what’s more likely is that pet and owner won’t be reunited. So let’s take a look at these microchips and see if we can’t dispel some of that misinformation.

A microchip is a microchip whether or not it has electrical current running through it. The chip that gets put in a pet’s body looks like this:

Just a little bit bigger than a grain of rice, a pet microchip is contained in a capsule made of bioglass, used extensively in both pet and human implants, ensuring that nothing from the inside of the microchip gets into your pet’s body. It gets injected using a thicker needle than the ones generally used for shots. It takes a brief moment and causes minimal distress.

One of the concerns people often have about microchips is that it’ll get loose somehow, and travel around their pet’s body, rendering it useless. It’s very rare for that to happen; many pet microchips have an anti-migration coating designed to bond with tissue. Even when this isn’t the case, tissue encapsulation keeps the vast majority of microchips in place; that’s why the standard place to insert a microchip is between the shoulder blades, where chip migration is less likely because the shape of the musculature helps to hold it in place. 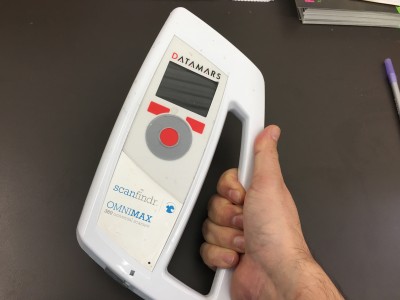 This is a microchip scanner:

When it’s activated, it sends a pulse that gets picked up by the chip. The chip, normally inert and without power, absorbs energy from the scanner, sends a radio frequency (RF) signal back to the scanner containing the microchip number and the phone number of the microchip registry. That’s it. A very simple transmission of data, and then the microchip’s work is done and it lays there dormant until it’s (hopefully not) needed again.

So we’ve seen that there’s no health risk to a pet who gets microchipped. The bioglass capsule is secure, and the only time there’s electrical activity is when the pet is scanned. This brings me to one of the biggest misconceptions about pet microchips:

IT’S NOT A GPS DEVICE!

I swear to you it isn’t. People sometimes just won’t believe it. GPS tracking systems simply aren’t cost effective on that kind of scale. Even subterranean lizard people know that GPS tracking devices implanted in the bodies of pets is a bad business model. They’ve turned their attention elsewhere.

What this means for you: you have to register the chip with someone. We generally use Found Animals Registry. It’s free and easy. When we microchip pets here at PRCKC, they come with a reminder card: 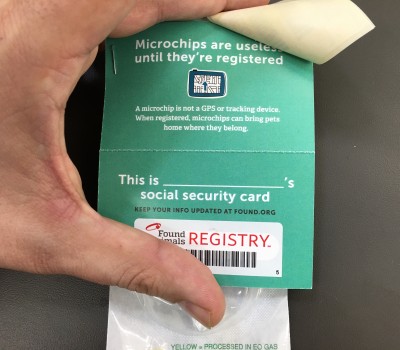 The bottom part is detachable, and can be kept in a wallet. Easy. Some companies even have apps that you can use to register your pet and update your information.

That brings me to my final, but very important, point. Because the chip only contains the number and manufacturer’s phone number, it’s very, very important that you keep your info updated on whatever site you use. It’s no different than updating your address with the post office. I’d argue that it’s more important. Not giving your current address to the postal service means you won’t get your mail; not updating your address in the registry means there’s a very good chance you won’t be reunited with your pet if it gets lost. We’ve had so many found pets brought to us that are microchipped, but after we do some digging, we discover that the owner has moved three or four times since then. That means the likelihood of them getting their pet back drops very, very low. And that defeats the whole purpose. Microchips are a cheap, easy way to have your identifying information attached to your pet internally, so that it can’t get lost. The pet has to have this chip in it for the duration of its life; your end of the bargain is to do right by your pet, and keep your info updated. 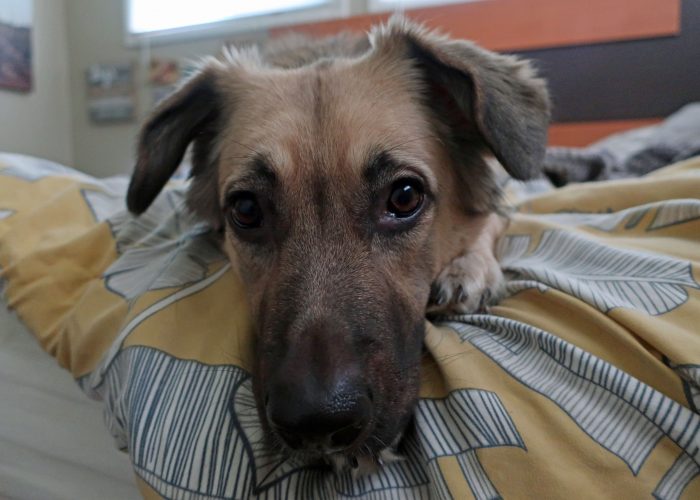 Keeping your pets safe on Fourth of July