Brace Yourself: Kitten Season is Coming

Spring is upon us, and we find ourselves once again afraid of kitten season. Why? It’s intense. Cats can (and do) get pregnant year-round, and the breeding season for North American cats is technically from January through late fall, but we hit peak breeding season in the spring, from March to May. And once it arrives, we get inundated with calls about pregnant strays and ferals taking refuge in window wells and garages, or finding ways to break into houses and give birth right there on the basement floor.

It’s also very easy for cats to get pregnant due to what’s called induced ovulation, meaning the act of breeding actually causes ovulation to occur in the female. A cat can have up to 3 litters a year, with each litter usually having 4-6 kittens. That means that within the span of a year, a single cat could conceivably have 18 kittens! In addition to that, there’s no kitty menopause, meaning that a cat can get pregnant for as long as she lives.

When you look at all of that together, you begin to see what a perfect storm kitten season can be for those of us in animal welfare. Which is why prevention is the best course of action. Owned cats create a pretty straightforward situation: make an appointment, and bring ‘em in. Most of the cats we get calls about, though, are ferals and free-roaming cats, which adds another layer of difficulty. The difficulty in trapping and handling feral cats, the logistics of keeping them at the clinic overnight, and the legal and social issues surrounding feral cats make them one of the biggest challenges facing animal welfare right now. This is extra unfortunate when you consider that fast breeding rate. We don’t really have time to waste.

What is a Feral cat?

Feral cats live outside, but they’re not just outdoor cats. They’re different. The term “feral animal” refers to an animals living in the wild but descended from a domesticated species. So a “true” feral cat hasn’t lived with humans and hasn’t been handled by humans, and can often be mistrustful, becoming violent when they feel threatened (which is often when they’re in an unfamiliar environment like a vet clinic). This is why we don’t accept ferals for surgery that aren’t in a humane trap; nobody’s trying to get stabbed or bitten by a feral cat, and humane traps allow us to maneuver the cat in a way that is safer for staff prepping the cat for surgery.

Feral cats occupy a space on a spectrum from “used to live with humans” to “never interacted with a human,” so you can’t always tell at a glance if a cat is used to humans. Even things that are considered signs of a feral cat aren’t consistent. Take meowing, for example. Meowing is theorized to be a post-domestication behavior developed as an extension of the kitten’s mew. Kittens mew at their moms to indicate they need something; the theory is that we are a cat’s adoptive mom. In theory, then, feral cats don’t meow. They do, though; just not to the same extent. Former indoor cats that have run away/been dumped often pick up feral behaviors once they join a colony, and depending on the cat’s experience with its former owners or on its own, it may not want to be around humans much. So it’s best to play it safe.

How does a colony work?

This is a cat colony: 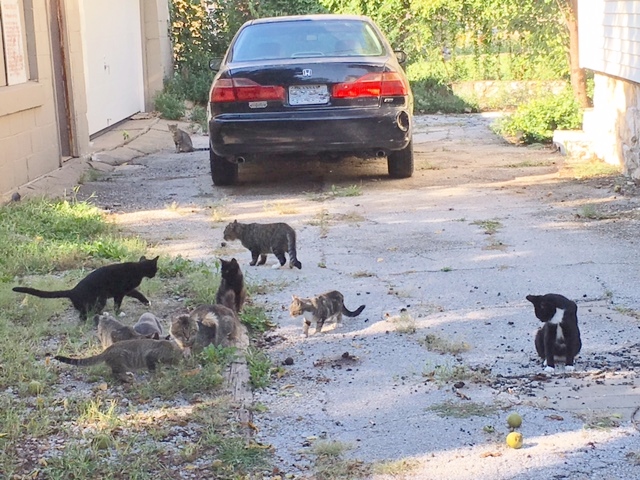 And so is this (there are other cats you can’t see all around the place): 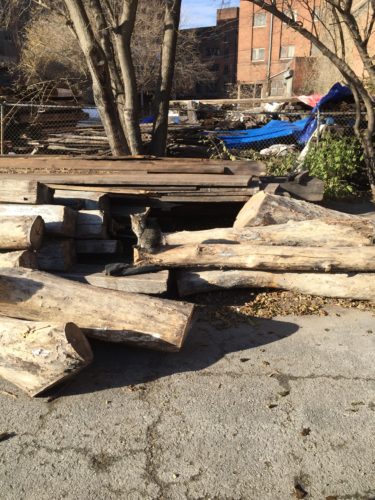 Colonies come in a variety of forms. This is one of the more difficult aspects of dealing with colonies, as their nature can change depending on the makeup, the terrain, the available resources, and on and on. They’re made up mostly of females and their kittens, and older males that are too old to go a-wandering anymore. There may or may not be younger toms (males) with the group; often young toms have a wide-ranging territory and visit several colonies in order to reproduce as much as possible. You can find out more about the social structure of colonies here

Where do they live? They live anywhere there’s resources. That can be behind a shopping center, where restaurant dumpsters provide meals, and rodents attracted by the same smells provide exercise. Apartment complexes are popular, too; meals often get provided for them by dumpsters or a kind-hearted resident. Wooded areas are popular, too, because there’s lots of cover and lots of prey. We’ve also gotten calls from places like golf courses and trailer parks.

The Problem with Colonies

As we discussed earlier, that reproduction rate means that an unchecked colony can grow pretty quickly. Granted, in the wild there’s a lot more chance of kittens not surviving, due to attacks from other animals or from disease. But still, even hampered by the forces of nature, a colony can get out of control quickly.

The other issues with colonies are disease and nuisance behaviors like spraying, yowling, hissing, and fighting, that make them not very desirable as neighbors. Where there’s mating, there’s noise and fighting, at least where cat colonies are concerned. Fights over territory or mates can be a big problem; diseases like rabies, FIV, and FeLV can all be spread through fighting.

So, what does it take to deal with a cat colony? More often than not, it takes a very dedicated, compassionate person committed to providing proper care.

So how do we deal with cat colonies? TNR. TNR stands for Trap, Neuter (or Neutralize), and Return.

On a feral cat trapping expedition, one or more of these traps are put out with food down on the far end. When the cat steps on the trigger, the trap closes and the cat is secured. The trapped cat will be a little freaked out, but is otherwise unharmed. Putting a cloth cover or sheet over the trap helps the cat feel a little more secure and less exposed to danger.

Trapped cats are transported in the traps. Here at PRCKC, our feral cat packages include the spay/neuter surgery, a rabies vaccination, and an ear tip. The ear tip, when done properly, is a straight-line cut across the top of one of the ears, removing the top 1/4 inch. Some people get a little weird about the ear tip, and that’s understandable; the idea of cutting a little tip of a cat’s ear off can be a little off-putting. But look at it this way: we’re catching and fixing these cats because it’s what’s best for them, even though it can be a scary experience for them to be trapped. The ear tip is the best way for people to tell at a glance that a feral cat has been caught and fixed; that way the cat doesn’t get trapped (and freaked out) again for no reason, and no human will risk injury trying to trap and transport a cat that doesn’t need it. Other methods have been tried for identification; metal ear tags, small tattoos in the ear, and even identifying collars. But a tattoo is hard to see from a distance, and anything attached to a cat’s body can snag on plants or trees, or hinder them if they have to fight for their survival. The ear tip is the best method for allowing fixed feral cats to be identified from afar.

Procedures vary from clinic to clinic, but here at PRCKC we keep the cats overnight. Since it’s hard to give feral cats a thorough physical exam (or to do presurgical bloodwork to look for underlying health issues), we keep cats overnight to make sure they’re doing okay after surgery, as opposed to owned pets, who go home the same day.

Once they go home, they’re released back into the area they came from. Why? There are a few reasons. First, feral cats usually can’t be rehomed because of their inability to get along with humans, so taking them to a shelter is pretty much out of the question. Second, the vacuum effect makes it prudent to put them right back where they were found. The vacuum effect is a scientifically observed phenomenon that essentially boils down to the fact that those resources that attracted the colony in the first place will just attract a new colony of unfixed cats if the old colony is relocated. The “return” part of TNR keeps the established, now-fixed colony intact. The colony can’t reproduce anymore, they’re better neighbors to humans because they’re fixed, and they’ll keep new cats away.

Something in the Way

The laws concerning TNR are different in different parts of the country, so we can’t talk about them too much without getting into issues that may not be applicable everywhere. We want to keep this general as much as we can.

Arguments rage back and forth about the efficacy of TNR. Cat rescue groups and pet advocates (like us) are adamant that TNR is the only humane method of dealing with feral cat colonies. Opponents, often bird or environmental conservationists, insist that feral cat colonies are major vectors for the spread of rabies, and that they decimate populations of wild birds and rodents. They’re in favor of either “Trap and Remove” methods or relocation, or they work to create methods of population control that sometimes seem unnecessarily cruel, like developing poison sacs to put in prey animals. Trap and remove is essentially a death sentence for a feral cat, as the “remove” part of it means removing them to a shelter, where they most likely won’t be adopted out because they aren’t friendly toward humans (or are standoffish, which comes across as not “selling themselves”). In a situation where a human is threatening the well-being of the cats, relocating them to a barn or warehouse where they can live in peace and help with rodent control is sometimes the best option. Unfortunately, that leaves the resources that attracted the colony in the first place wide open for a new colony to find, and the cycle starts all over again.

Let’s talk about the hunting, though. Cats are natural hunters, and they don’t necessarily hunt to kill and eat their prey. This means that even a well-fed colony is going to have an effect on the wildlife surrounding it. The effect of feral cats on the environment is a pretty hotly contested topic. There’s no doubt that their predatory behavior has an effect on the surrounding environment, but the extent of that effect has yet to be really determined. Bird and environmental conservationists consider feral cats an invasive species, and as such they advocate for their removal, shoring up statistics to make their point. But as Alley Cat Allies and Alley Cat Rescue both point out, those numbers aren’t always gotten through legitimate means, use “slippery data,” and are often applied in misleading ways. As Alley Cat Rescue says, these groups use “small sample sizes, poor data gathering techniques, and results that are being extrapolated across continents and different types of environments.” And it’s true: the best data we have often comes from island communities, because the more limited amount of space allows for better tracking and more control over research methods. Unfortunately, while these studies provide good data for these communities (like Hawaii, which has a very large and very legitimate problem on their hands), that feral cats have the same type of effect on mainland communities has yet to be proved with any sort of methodological legitimacy.

#ThePowerOfPets and Leading With Love 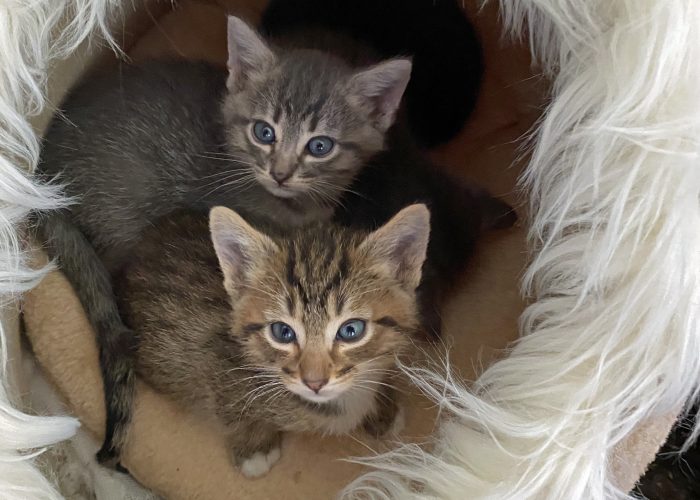 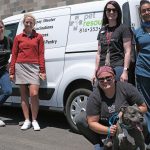 Keeping pets and people together… together
October 22, 2020Cierra Howe