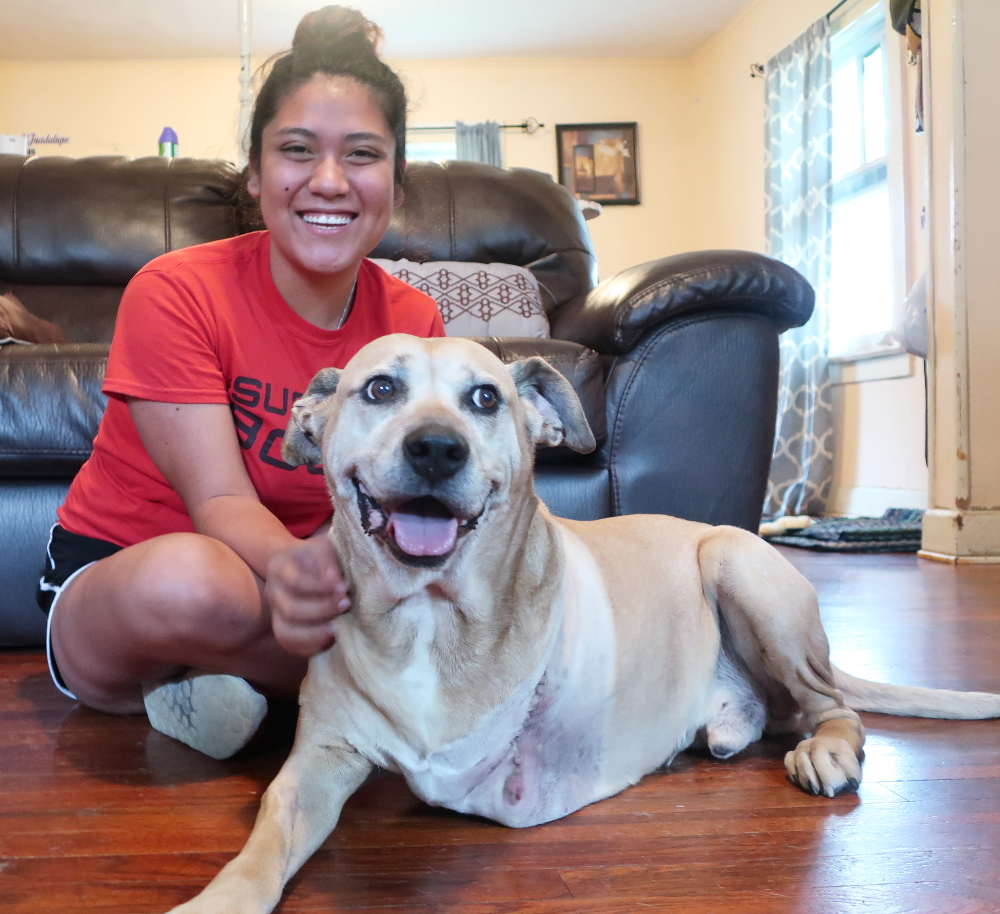 You might not think Lucky is actually that lucky.

Then again, this is really more about what’s being preserved versus what’s been lost. It’s about friends, and keeping family together, saving the relationship even though things have to change — maybe even dramatically — to do it.

And if those are your measures, Lucky has the perfect name.

The Tripod of Love

When I met Lucky he hopped over to me, tail chopping at the air furiously as he heaved himself onto my lap and plopped his chunky head down on my leg with a humpfff. I wasn’t exactly expecting a 80-plus-pound lap dog, but there he was, eyes rolling back up at me as if to say “this is what I do, man, so deal with it.”

“Lucky is a reflection of my dad,” Karen explained, laughing. She said that Lucky and her dad, Rafael, were best pals, and together they were kind to everyone and expressed love to the people they met. “My dad loves this dog,” she added. And though I didn’t meet Rafael, I can attest to Lucky’s big heart. He wanted nothing more than to be friends, to look at you and smile with his eyes and then absorb all the good stuff you were willing to send his way.

A Good Place At A Good Time

The Gonzalez family got Lucky the way a lot of PRCKC clients get their pets – they rescued him off the street. As the family drove through the parking lot of a grocery store 10 years ago they spotted a small yellow puppy near the trash dumpster. I guess you could say that’s the day Lucky earned his name the first time.

It didn’t take long for him to become a big part of the family. Snuggling on the sofa during family movie nights, playing with the kids in the backyard, and generally being by any- and everyone’s side all the time.

About a year ago, he got a second opportunity to earn that name. Lucky figured out how to get out of the backyard and went on a walkabout. When he returned his left front leg was badly damaged. Graphic warning (if you are easily upset, please go to the next paragraph). The flesh on Lucky’s leg was badly torn and the muscle and bone were exposed. There was an obvious and ugly break; clearly he needed vet care, and immediately.

Karen says they figured Lucky got hit by a car. But here again he lived up to his name. At his examination, the veterinarian said the main nerve in Lucky’s leg had been severed so he wasn’t in any pain. They simply repaired his leg and it became a useless limb that he curled up under his chest but didn’t seem to mind.

Until two weeks ago …

The escape artist had been good until he wasn’t. He figured out another way to escape and another incident occurred, though what happened is not exactly clear. When Lucky returned this time, the old injury had reoccurred. “You could see he was really sad,” admitted Karen. Everyone was. As Karen said, they adore Lucky.

She also said the family is having some tough times right now (she’s newly admitted into nursing school) and a big veterinarian bill isn’t something they were prepared for. A visit to the veterinarian confirmed their fears: this time Lucky needed to have his leg amputated.

Unsure what to do, Rafael brought Lucky to our location in Kansas City, Kansas. He was clearly distraught and told staff several times that he was very concerned about his dog but also about how the kids would react if anything were to happen to Lucky.

Karen confirmed that Lucky wasn’t his usual happy self. “He was scared,” she says. “We wanted him to have a second chance.”

Although we have limited resources, we are here to assist pet owners. So our staff told Rafael we’d do what we could to help Lucky.

“That was a big relief to my family,” says Karen.

Working with a local clinic, we got everything squared away so Lucky could get scheduled for surgery. Limb removals, of course, are never easy. But dogs seem to do okay with them and Lucky’s no exception. Four days after his surgery, when I saw him, he was a ball of energy, running from person to person to soak up as much attention as he could.

“The sparkle is back in his eyes,” Karen said as she put her arms around Lucky.

I guess you could say his named fit perfectly for a third time. 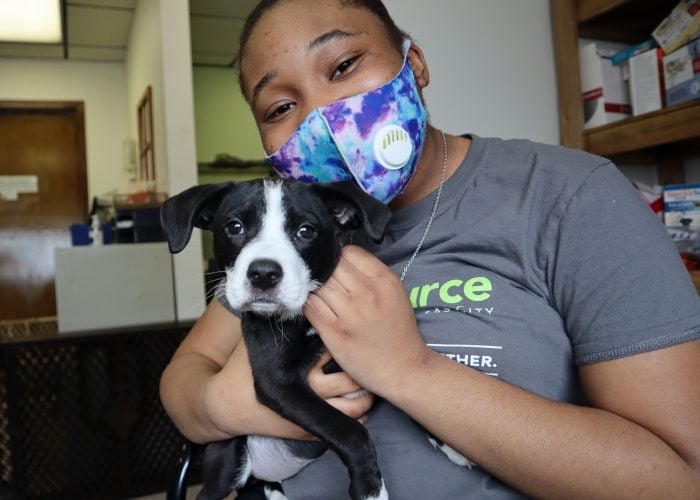 The next generation of vets eager to lead with love 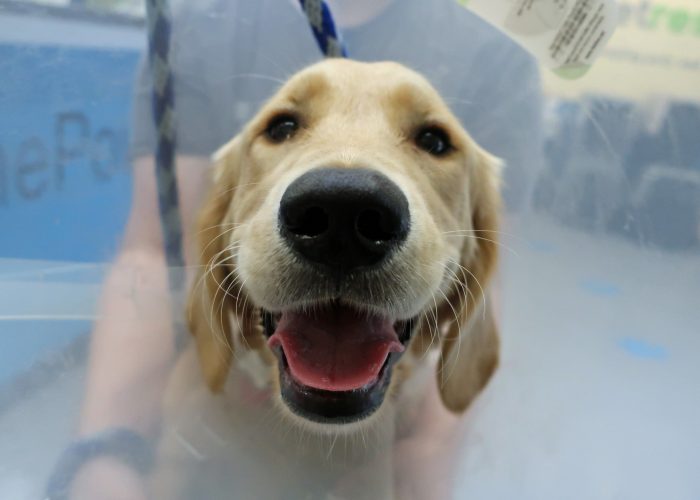