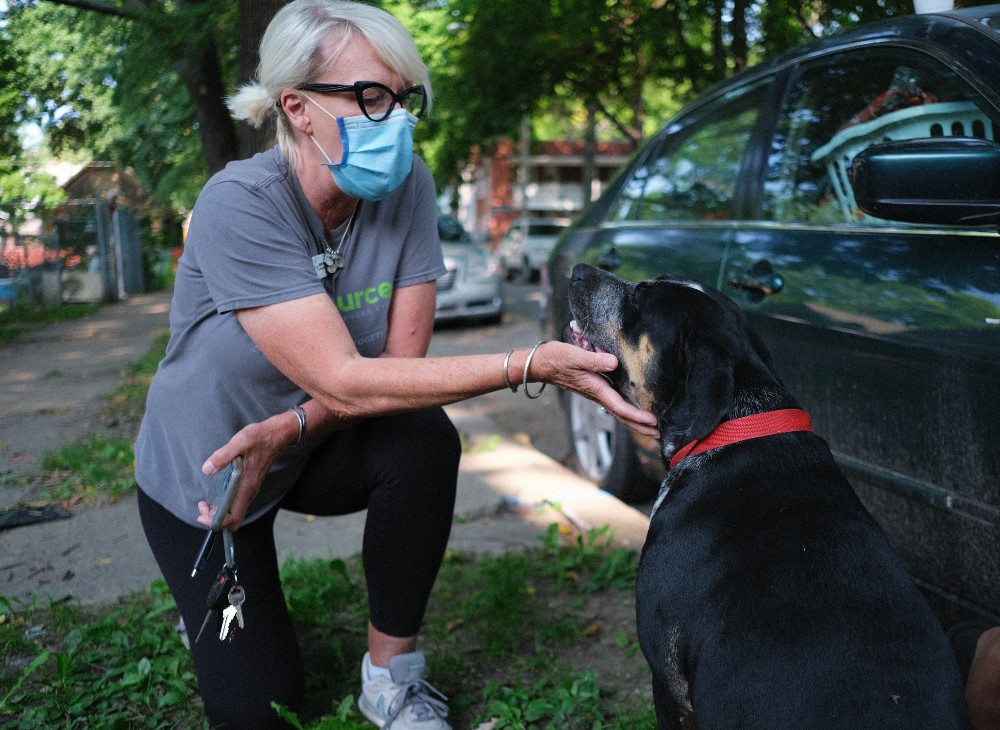 Instead, we want our voice to highlight the good that is happening in our city for both pets and people. Because – without a doubt – there is plenty to share about the positive impacts our compassionate community is having on the world around us.

We see it every day with our own eyes, or through the eyes of the myriad shelters, rescues and other nonprofits that we partner with around the city. So many good people doing so many good things.

But, then again, we will not remain silent or turn a blind eye to a slow moving disaster. Ever. And there’s one occurring right now in Kansas City’s northeast community.

We recently dropped into a neighborhood we know well. It’s in the northeast, a part of town we work in regularly. Our first efforts in the area were 15 years ago or so. We’d go often to help with supplies and work with people to get their animals spayed/neutered. Other organizations like Chain of Hope were – and are – there regularly as well.

Over the years we got to know many of the families; they not only became advocates of ours, but advocates of pets in the community. If there was a need or a problem, they’d reach out

One particular area in the northeast took a sharp turn downward as the pandemic continued to drag on. It’s a smaller area, just a few square blocks, but it’s a microcosm of the larger trend around the city.

“It’s the worst I’ve seen in over 20 years of being out in the community,” says Michelle Rivera, founder and CEO of Pet Resource Center of Kansas City (PRCKC). “It was going in such a good direction, too.”

Until recently, statistics were telling a hopeful story. Since 2002, when Rivera started Spay and Neuter Kansas City (the precursor to PRCKC), over 160,000 pets have been spayed or neutered by the organization. That has had an enormous impact on pet populations in town. Instead of desperately pulling pets from a river of neglect, we got pretty good at preventing them from falling into the water before bad stuff happened.

At the same time, other organizations have embraced spay/neuter and shelter intervention programs, which has further impacted pet populations. In that time, shelter intake has dropped by nearly 40 percent and cruelty/neglect calls to the city have been cut in half.

Rivera fears that changes in the city’s approach to animal control will turn back the clock, because now the focus is more like the shelter intervention efforts undertaken by outreach groups versus enforcement. “It’s going to take no time at all to reverse the positive changes that have been accomplished,” she laments. “We’ve worked so hard and now we’re taking steps backward. It’s what keeps me up at night. I can tell you unequivocally that cruelty and neglect haven’t gone away.”

It was just a few weeks ago that I rolled down a street in search of our white mobile unit. Usually it’s hard to miss. It’s a sprinter style van with a big “Mobile Unit” on it’s side and our name splashed across it. Once I finally spotted it, I saw why it was hard to see.

There, nearby, surrounded on three sides, where piles of what I assumed were trash. I moved on past and pushed down the road to find a tiny spot for our little van. As I walked back, I could see that there were mounds of mattresses, dressers, tables, lamps and other household items  heaped together in four and five feet tall piles. I wrongly assumed someone was moving.

My coworker, Ramona, immediately introduced me to Hani, who smiled warmly, said a cheerful hello and gave me a fist bump. His dogs circled at our feet and were wanting a scratch as I talked to him. They were very friendly and, though it had been raining buckets and there was standing water everywhere, they looked great.

“My dogs are my friends,” Hani said.

The conditions in that neighborhood revealed hardships. I took some photos of him with his dogs and then of the conditions in front of his house which, honestly, were shocking. Yet Hani never let on that anything was wearing on him. He kept smiling and talking enthusiastically about his dogs and cats and letting me and the outreach team know how thankful he was for the assistance.

It was clear he cared deeply for them and the feeling was mutual. They kept stealing glances at Hani while he talked and I could see that look animals get when they love someone.

This photo of Hani stopped me cold. Even though I didn’t know the full story at the time (more on that soon), I felt the desperation in this single image and all of the sudden my chest got heavy. It was hard to breathe. I think it’s because, knowing the full story and seeing this, I finally understood the fear Hani hid so well. In this photo I also see how vital Hani’s animals are to his survival.

Like so many others, his pets are the family he leans on in times of need. He didn’t need to tell me that; so many others have already. The loyalty, unconditional love, the dedication through all manner of hardship … it’s no wonder people turn to their pets for comfort when times are tough.

And they are for Hani.

He has no one but his animals. Ramona told me that Hani lost his job because of the pandemic. Then he eventually got evicted from his house. The people who evicted him came and with little fanfare of concern, threw all his belongings into the yard where they subsequently got soaked by rain that came down – for days – in sheets. And, the saddest part is there’s not much Hani can do about any of it. He doesn’t have another place to go or even a way to move his belongings from the front yard. While he didn’t tell us this, Ramona suspects the next place for Hani and his pets will be under a bridge somewhere.

I’m sure his dogs will stay by his side. I wonder, though, about the cats.

Hani is not the only one in the area facing a harsh reality. A quick look around the neighborhood and you can see that many cats have moved in – ribs poking out and eyes matted with crust. They’re recent inhabitants who dart between hiding spots and peer out with untrusting eyes. Trash or belongings stagnate on curbs or in front yards, some of it chest high or more. A wayward shopping cart spilling over with clothes and other things sits askew on the road. Rangy looking dogs stand, sullen, behind fences or tethered to trees, too worn to bark at strangers.

It hasn’t taken long for this place to turn into a disaster. There is no other way to put it. Although there has always been plenty of work to do here, this level of human and animal suffering is different, newer, more raw. It’s like a dark cloud that refuses to be pushed away and has just settled down on top of everything. Most blame the pandemic, which spread it’s damaging aftermath like long fingers gouging into the community with ruthless efficiency.

Update: Just a few days ago we went back to visit Hani’s neighborhood. He’s still there and so are his animals. Thankfully. But there’s a new wrinkle, one that reveals the next level  of his vulnerability. Some people – he doesn’t know who but believes they work for the property’s landlord – came and dragged all his household belongings to the street and then tossed them into trucks that drove away with little in the way of explanation or sympathy.

It makes me wonder really: what are our city’s vulnerable to do? Are they to be tossed aside like an empty food container?

The Plan: An Urgent Effort to Change the Way Things Are

Our thoughts are to approach this like an actual disaster. While we’re in the community helping out right now, we think getting a “command center” on site at least three days a week and bringing partners along will be vital. Those who can advocate for housing, food, clothing, employment and animal welfare will help us have an immediate impact on the neighborhood. This is in the works and we’ll have more details soon.

There are other important steps that need to happen:

We need to do big things

We’re a small organization by many of the standard measurements typically applied to nonprofits in the animal welfare space. Even with our limited resources (but strong community support, which we are very grateful to have), we will help around 35,000 pets in 2021. That will keep us more than busy and result in plenty of families getting to stay together who might not otherwise have that chance.

To do something like this – because we have to do something – is going to take a community-wide effort and the support of other organizations as well as the city. Because the cost of doing nothing – of turning away from this – is the pain and suffering of many, both human and animal. And it’s not something we’re prepared to do. 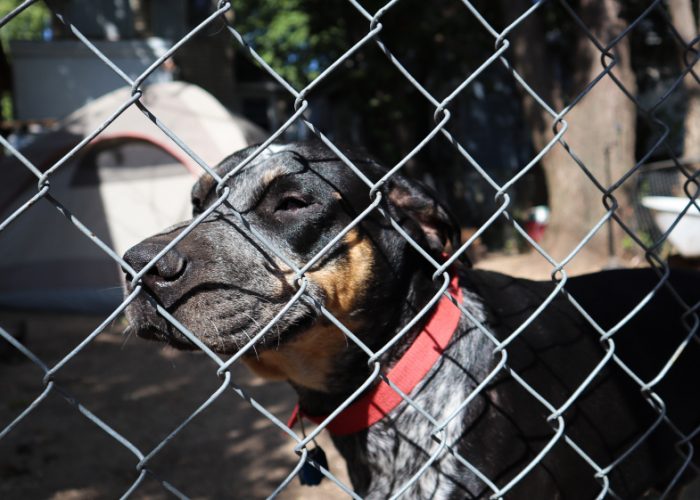 The Power to Hope 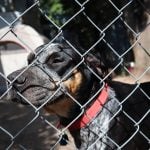 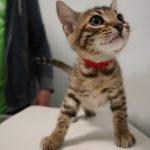