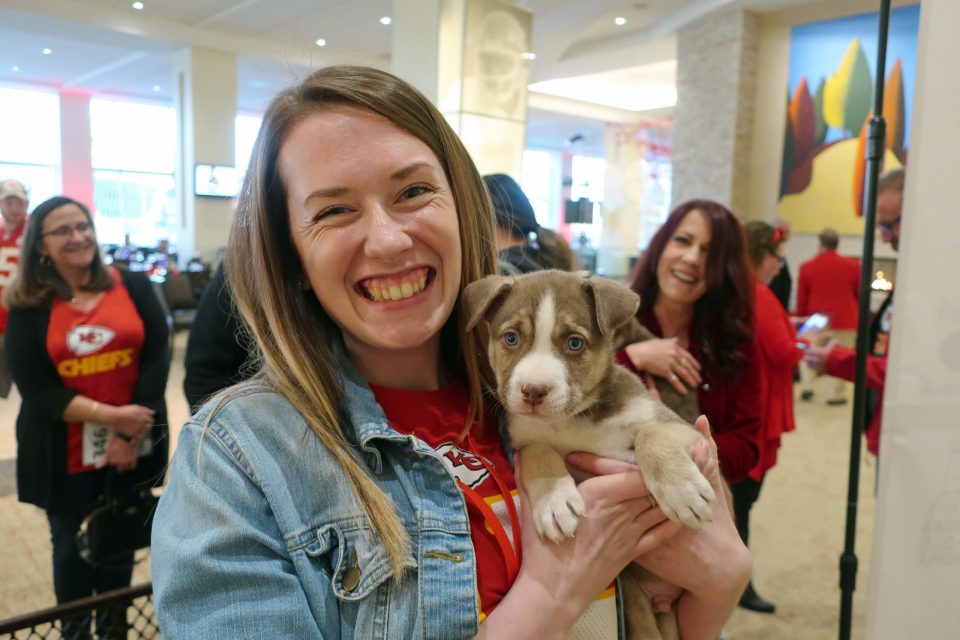 My first official year in animal welfare was not like anything I had imagined, but yet I wouldn’t change a single thing for the world.

Very quickly in my college career did I learn that animal welfare was the place where I wanted to be, so my final semester I applied for a job opening at PRCKC. I didn’t get the original job I applied for, which is another story for another time. But I’m here now writing to tell you all about my first year, so that’s all that really matters.

As I came on board full-time, the industry as a whole was facing a very critical time. Animal control was being privatized and there were more strays on the streets left to suffer because they easily outnumbered the amount of officers still employed by the city. Then as soon as things looked like they were turning the corner, COVID struck and families with pets were struggling more than they were before.

However, even during a global pandemic, this job has been everything I could ever ask for. Heck, it’s given my life more purpose and something to look forward to during these uncertain times. But there were definitely some aspects of it that took me by surprise.

Here’s a few of the things I learned during my first 365 days at PRCKC.

Having compassion for animals isn’t justification for judging others

A lot of us have probably believed this at some point in our lives. Maybe you still do…I know I did before I started working in animal welfare. But here’s what I mean when I say it’s not right.

You see a dog outside on a tie-out and you might wonder to yourself how that owner could let their pet suffer alone in the cold weather like that. Even if it has a dog house, straw and access to adequate food and water, it still must be cold and should be inside being unconditionally loved by their human, right?

Wrong, and here’s why. One of our clients recently suffered from a stroke and his two 70-plus-pound dogs could’ve easily knocked him over during his recovery period at home. He doesn’t have a fence, so the boys were staying out on tie-outs during the day because that’s all he knew. But after reaching out, we were able to help raise some money to get them two brand-new dog runs. He loves those dogs more than anything – he’s even told us they’re the reason why he’s still hanging on – but you wouldn’t have known that if you never went out of the way to ask.

The same goes for that emaciated cat you see whose owner must not feed it, but in reality it really just has an underlying health condition the owner didn’t know about but was doing the best they could. The dog with scratches and bites that you think is being neglected, but their owner just can’t afford or hasn’t found the right preventative…etcetera, etcetera.

The bottom line is you never know what other people are going through. And granted, there are some cases where the pets should be removed from the home, but those are the rare cases that frequently blow up on social media. All of the people we work with on a daily basis love their pets as much as anyone else, and they shouldn’t be critiqued for not having access to the same resources. As long as they’re both happy, healthy and together, that’s all that really matters.

Not every day is puppies, kittens and rainbows

There will be hard days. Days where you cry on your way home because you watched another innocent dog slowly dying from parvo. The three stray dogs you tried your hardest to catch have to find yet another warm, safe place to sleep at night alone. You’ve just taken your fourth phone call of the week from an owner who can’t afford to pay for their pet’s life-saving medical care and thinks their only option is to put them down so they won’t have to be in pain anymore…

It’s far from easy sometimes. But words cannot describe how good it feels when you can save their life. When you can rescue them from the streets so they can find a forever home. When you can hear the gratitude in their voice when you tell them you’re paying for whatever surgery or treatment their pet needs to keep them in their life. It’s the best feeling in the world.

So yes, there are hard days. But they only make you stronger and push you to work your hardest to make more of those good days possible.

There will always be a need for the work we do

The majority of folks in our community already work tirelessly to make ends meet, with the median household income being $52,405 in Kansas City, MO, in 2018 (according to the United States Census Bureau). If they were to fall on hard times (which many are because we’re currently facing a global pandemic), that’s not a lot of cushion to fall back on when your responsibilities are already piling up. And unfortunately pets are relinquished or end up homeless when families can no longer afford to take care of them, putting a larger burden on our local animal shelters and increasing the pet overpopulation even more. When pets do stay in their homes, however, it’s possible they now have to go without proper veterinary care or resources, making them more likely to develop illnesses or other diseases. It almost seems never ending, but all of this is preventable through supportive services.

The truth is we all hit a bump or two in the road at some point, and it will happen when you least expect it. But there’s people like us who will always be there to help ease their struggles whenever and however we can.

I don’t have to explain this one at all. I’m so blessed to work with some of the most hardworking, altruistic, down-to-earth human beings I’ve ever met. They’d do anything for our clients and their pets, and I’m so glad to be a part of this PRCKC family. What can we say, people who love animals are truly the best.

In one way or another, you’re going to end up bringing home a new pet

From the moment you even start contemplating going into animal welfare, expect to bring home a pet. And it might be a good idea to warn your significant other, even though we know they aren’t really going to have a say anyways.

Now, this hasn’t been the case for me yet at PRC because I got my first taste of animal welfare as a junior in college when I interned at a local animal shelter (and yes, I’m pretty proud of lasting a good two and a half months before adopting a pet). But I’ve watched many of my coworkers come to work empty handed and leave coddling a new furry friend. Some that were dumped on the side of the road, one that was going to be euthanized because she was born with three legs…all it takes is for you to land eyes on that special one, and you just know.

That’s just the way it goes, friends. And I never said it was a bad thing. Adopting a rescued pet is one of the sweetest perks of working in animal welfare. Along with everything else this crazy year has taught me.

But after 365 days, I can proudly say this place has made me a better person. And I’m grateful for the opportunity to make life better for the pets and people in my community.

#ThePowerOfPets and Leading With Love