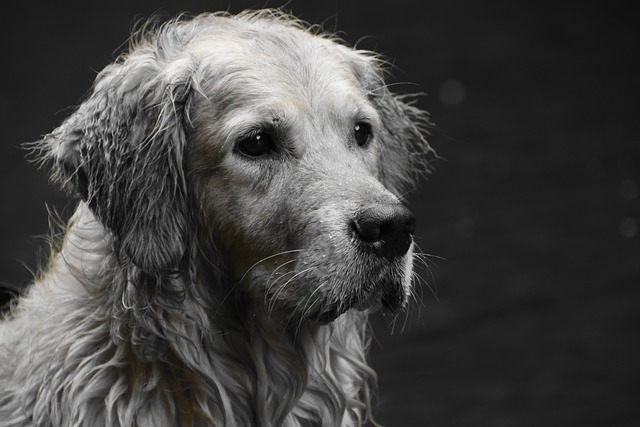 A warning: this article will discuss some things that are difficult to talk about. Neglect, injury, and suffering are par for the course with puppy mills, so steel yourself and read on.

It’s a nice little rhyme, don’t you think? Meant to stick in your head so you remember. But it’s so much more than just a little phrase. And its purpose isn’t just a marketing gimmick to get people to adopt shelter pets rather than going to a pet store. It’s about what’s behind the pet store, it’s about what’s behind the anonymous Craigslist ads; it’s about the pipeline of neglect and commodification of life that hides itself as well as it can, lulling the unsuspecting into thinking they’re doing the right thing, or at the very least they’re doing nothing wrong.

WHAT IS A PUPPY MILL?

A puppy mill is a facility that breeds dogs with little to no regard for their well-being and health. The only motivation here is profit. We’re not talking about reputable breeders who will let you visit and see the conditions in which their pets are living; we’re talking about puppy millers, who work in the shadows, and have little regard for the lives they’re destroying.

Imagine a room full of puppy crates, barely enough room inside for them to move. Not given proper exercise, these pups know very, very little of the outside world, and the joy of having a family, whether human or dog. They’re taken from their moms too young, because mom is needed to make another batch of money-making puppies. Once a dog is no longer viable, they’re often dumped or killed to make room for a new dog that can keep up production.

But more than that, these animals have health issues that grow and grow and are never addressed, because they’re seen as nothing but the means to an end. Cataracts, corneal ulcers, rotten teeth; it doesn’t matter. As long as there are puppies to go out the door, that’s all that matters.

And the pups themselves? Many aren’t vetted properly during their painful puppyhood and end up with all kinds of diseases that cost owners thousands of dollars to fix, if they can fix them at all. They haven’t had any time to be a puppy, to be a dog, and can have behavioral issues that are very difficult to fix.

This Rolling Stone article in particular, on a Humane Society puppy mill raid, goes into more detail, but be warned, it’s grisly. It paints a very full picture of what goes on in these places. We believe it’s important to understand exactly what’s going on right under our noses. Because it is almost literally going on that close to us; Missouri has topped the HSUS Horrible Hundred list of most grievous puppy mills in the US for 8 years running.

WHY DON’T THEY GET SHUT DOWN?

From the Rolling Stone article:

There are, by HSUS’s estimate, about 10,000 puppy mills in America, though the organization concedes that no one knows the real number: It’s an industry born and raised in shadows. The USDA only licenses a fraction of all kennels, about 2,500 of various sizes, which can range from five adult breed dogs to more than a thousand. States also license and inspect kennels, accounting for another 2,500 breed sites that aren’t registered with the feds, says Kathleen Summers, the director of outreach and research for HSUS’s puppy-mills campaign. “But in rural communities, there are thousands of backyard kennels selling online and evading government regulation.” A breeder only needs a federal license if he or she sells the dogs sight unseen, i.e., through a middleman like a pet store or a puppy broker. But if the seller deals directly with the puppy’s buyer, either selling face to face, through classified ads or, increasingly, via pop-up websites, there is little or no oversight of their business.

It’s easy. That’s the short answer. If you have no compassion for living things and value profit over all else, it’s easy to do. The puppy mill trade started in the 1950s, when struggling hog and poultry farmers realized how easily puppies could turn a profit. As dogs became the quintessential American pet and were taken into more and more homes, the mills grew too, into a huge industry.

Why aren’t they shut down? The USDA only has one law concerning the care of commercial dogs, and it was enacted in 1966, if that gives you an indication of how behind it is in terms of animal welfare. It allows treatment like letting them live in crates just bigger than their bodies. But even then, with some of the egregious things that some of these breeders have going on, shouldn’t they be shut down?

Well, if the USDA had more than 100 inspectors to cover thousands of breeders in 50 states, it might happen more. But the truth is that the USDA is incredibly lenient on breeders in any case. They get a slap on the wrist, a fine, but are almost never arrested or taken to court.

WHERE DO THESE PUPPIES END UP?

The puppy mill-to-store pipeline is robust. Unless a store is adopting out pups from a local shelter, you have no real way of knowing where the pups came from.

2) Online or in classified ads.

Like we mentioned above, many breeders will take this route because it allows them to remain undetected. They don’t have to be licensed, so the chance that they’ll get caught is even lower.

Yes, puppy auctions. It’s exactly what it sounds like.

WHAT CAN I DO?

This brings us back full circle to the beginning.

If you know someone who’s thinking about a puppy, urge them to adopt at a shelter or rescue. Any breeder who’s doing this out of love of a breed will want to research a prospective buyer just as much as the buyer should want to research the breeder. No shady online brokering; no meeting in parking lots and not their facility.

But in truth, the best way to fight this is to spread the word. Puppy millers have taken the bond between pets and people that’s developed over thousands of years and perverted it into something inhumane, and yet so many people have no idea. It’s infuriating that a life would be brought into this world just to be a commodity, a toy, a plaything sold off to an unsuspecting person who may have the best intentions in the world but simply doesn’t know.

And speak up. Make your voice heard. Reaching out to state and local officials to let them know your concerns is a good start. Contacting pet stores in your area to find out where they get there pets from, and then doing some research, is another way you can help. Getting involved with organizations like the Humane Society of the United States (HSUS) is another good one, because they work at the state and national levels to influence public policy and get laws on the books that protect animals.

As with many things, it’s an issue of awareness. Doing your due diligence when it comes to animal welfare is important, not just for you and your household, but for keeping puppy millers on their toes as well.