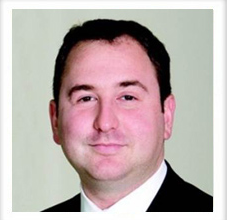 Brian G. Block serves as Co-President/Chief Financial and Operations Officer, responsible for executing the Company’s finances, mergers and acquisitions. Mr. Block joined the company in July 2010, first as Vice President of Strategic Analysis, and has served as Senior Vice President of Finance since September 2012.  Mr. Block has 14 years of investment experience.  Prior to joining the Company, he was a Director at Paine & Partners (previously Fox Paine & Company) for 8 years.  During his tenure, Mr. Block was an active member of multiple Boards of Directors and held a financial operating position at ACMI Corporation, a portfolio company of Fox Paine & Company.  Mr. Block also served on the Board of Directors of the Company for three years prior to his employment with the Company. Prior to working at Paine & Partners, Mr. Block was an Associate at CIBC World Markets in the leveraged finance group.  Mr. Block is a graduate of Tulane University’s A.B. Freeman School of Business where he received a Bachelor of Science in Management.