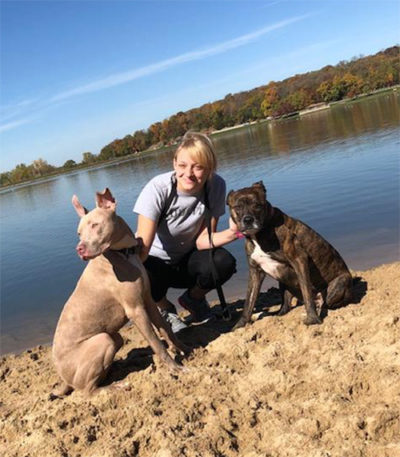 For me, the love that I have for animals developed at a time I would later call the growing pains of my early adolescent years. As a teenager, I struggled with anxiety and depression but found stability in a street-smart rescue named Yoshi. The first dog I could call “my own” paved the way for many years of pet ownership and service to animals that would follow.

I began my career in animal welfare as an Adoptions Counselor at a local shelter. My role later expanded and developed into one wherein I managed the organization’s volunteer base. Working shoulder to shoulder with incredibly selfless people shaped my vision of what it means to “give back”.

Being a small part of the mission behind Spay & Neuter Kansas City has been both rewarding and fulfilling. I leave work everyday knowing that I have had a positive impact on the lives of the pets and people in my community. It’s very hard to have bad days when you’re guaranteed a daily slobbery kiss…or two.